Banned by the Quebec govern- ment, churches and faith commu- nities who sponsor refugees want to face their accusers and get some sort of explanation for Quebec's sudden one-year suspension of refugee sponsorship. "We find it unacceptable that in- stitutional sponsorship promoting the settlement of refugees in Quebec has been suspended in general," Canadian Religious Conference executive director Fr. Alain Ambeault told The Catholic Register in an e-mail. At the end of October, Quebec's government, which runs its own separate immigration and refugee system under an agreement with Ottawa, suddenly suspended all the agencies that normally manage the bulk of refugee resettlement cases. Until November 2021 only independent groups of two to five individuals may submit applica- tions to sponsor refugees. Under the small group sponsorships, suc- cessful applications are chosen by lottery. In a posting to the provincial government's gazette, the gov- ernment says it has "serious concerns about the integrity of certain practices of legal persons within the framework" of the refugee sponsorship program. "Investigations are ongoing and we will not be commenting further to avoid harming their progress," an immigration ministry spokes- person told CBC. "If you accuse us, tell us what we are doing (wrong)," said Alessandra Santopadre, who runs the refugee resettlement program in the Arch- diocese of Montreal. "They always said, 'We are looking for, we are still collecting, the proof.' " Rumours have floated about in Quebec refugee circles about personnel in some agencies pocketing money from refugees to move their cases through the system. But Santopadre objects to being tarred with the brush of a vague, general accusation. "Why did you accuse everybody?" she asked. "If you have found someone who is corrupted, OK. Try to figure it out with those organizations - but not everybody. We are not corrupted. The diocese is not corrupted." "Obviously there is something to that (allegations of corruption). But to do a blanket accusation of everybody, to suspend everybody because of maybe a few, something is just not right with that," said Jesuit Refugee Service (JRS) director for Canada Norbert Pich. Prior to the current govern- ment, the JRS was bringing in as many as 200 refugee families a year. The new government of Premier Franois Legault and the Coalition Avenir Qubec imme- diately moved to limit immigra- tion in 2018, cutting the quota for sponsoring agencies to a flat 30 per agency between September 2018 and February 2019, then another 30 between January and June of 2020. Immigration numbers for Quebec are down dramatically, from 25,500 in the first eight months of 2019 to 18,155 in the same period this year. Pre-COVID, the goal was for Quebec to take in 30,500 in 2020. Quebec's govern- ment says it now plans to increase its immigration numbers as high as 47,500 in 2021, to make up for the 2020 shortfall. The TCRI (Table de concerta- tion des organismes au service des personnes rfugies et immigran- tes), which represents the refugee sponsoring agencies, issued an open letter in November express- ing frustration over the Minister of Immigration's refusal to meet with the organizations that help refugees with housing, language education, job searches and more. "The MIFI (Quebec's immigra- tion department) has introduced a spirit of suspicion in place of the spirit of collaboration," said the Nov. 3 letter. "The punishment imposed by the MIFI is not only unjust and arbitrary, it is also a blow to humanitarian immigration as a whole," the letter said. Pich believes the Legault government is uninterested in what the churches are doing with refugees and politically aligned with anti-immigrant sentiment in small-town and rural Quebec. "It just seems like they're not very much in tune with the faith communities here," he said. available.

Secrets, lies and threatened lawsuits protected Brian Boucher through two decades of priestly life before Montreal Church authorities finally investigated the former pastor's bizarre, aggressive and abusive behaviour. A 276-page report by Judge Pepita Capriolo released Nov. 25 outlines how Boucher continued to advance through seminary to ordination to pastoral roles despite a pattern of complaints by parents, parishioners and priests. Ordained in 1996, the first serious Church investigation into the behaviour of the abusive priest began in December of 2015. The first recorded allegations of sexual abuse of minors came to light in 2016. By 2019 he was removed from the priesthood and is now serving an eight-year sentence for sexually abusing two boys. At the end of a tale that includes lost documents, a break-in at the Archdiocese of Montreal's secret archives and an attempt to deal with Boucher's behaviour not by inves- tigating it but by sending him for assessment and psychotherapy, Capriolo concludes the archdiocese was so concerned about protect- ing its image and reputation it failed to see the victims. Relying on the writing of physician and abuse expert Sr. Nuala Kenny, Capriolo concludes that "clericalism still imbues the position of priests" and that it led directly to Boucher's abuse and the unwillingness of Church authorities to deal with it. "Many people had complained about Boucher's unacceptable behaviour over the years: he was rude, authoritarian, overly intense, intransigent, homophobic, racist, misogynist and verbally, and sometimes even physically, aggressive. These reports were repeatedly reported to his superiors," Capriolo writes. "How in the name of all that's good and holy did he get ordained?" Kenny asked, after reading Capriolo's report. "When you look at the repeated assessments - problems with communication, problems sharing his feelings, of being a loner, of having mood swings - in what way is that an individual that should be allowed to serve in a pastoral capacity to help others who are dealing with life issues and faith issues?" Kenny is the author of Healing the Church and Still Unhealed , two books diagnosing the Church's problem with abuse. She helped lead the investigation into the Mount Cashel Orphanage crimes in 1990, consulted on the Canadian Conference of Catholic Bishops' first report and guidelines for dealing with abuse in 1992, From Pain to Hope, and again consulted with the bishops on abuse from 2014 to 2018. She concludes that faced with a near collapse in vocations showing up at seminary doors, bishops found it easier to ignore Boucher's shortcomings. "They're so desperate that no criteria of any kind needed to be applied," Kenny said. "It's not as if this guy was a great orator or he was a brilliant potential academic. He was lousy on those counts as well. He doesn't seem to have any of the qualities that one would want in a man of God in a parish." There were complaints about Boucher's "untoward interest in young boys" even before Boucher entered the seminary, when he was volunteering as a catechist in the 1980s, Capriolo found. Complaints surfaced again while he studied for the priesthood at Montreal's Grande Seminaire. He had "a very close and worrisome relationship with a young boy at the end of the 1990s," after his ordination, Capriolo writes. "A later, heartbreaking abusive rela- tionship with a 19-year-old student under Boucher's tutelage when he was chaplain of the Newman Centre became the tipping point to send Boucher for psychologi- cal treatment!" Capriolo writes, stunned that the archdiocese's care and concern was directed entirely toward Boucher and not his young victim. It was easier for the Church to ignore complaints, writes Capriolo. Kenny calls Capriolo's analysis "bang on," and a call to serious conversion in the Church. "In the name of the Catholic Church of Montreal and speaking for myself, I wish to say how sorry we are that you have had to experience the effects of such terrible acts which should have never occurred," Montreal Archbishop Christian Lpine told a news conference for the release of the report. Though the Church now has "more policies and protocols for safeguarding than almost any other institution," Kenny hopes for a change of heart that would break down the special, separate and protected status of priests and bishops. The Church must also confess how clerical power has corrupted it. 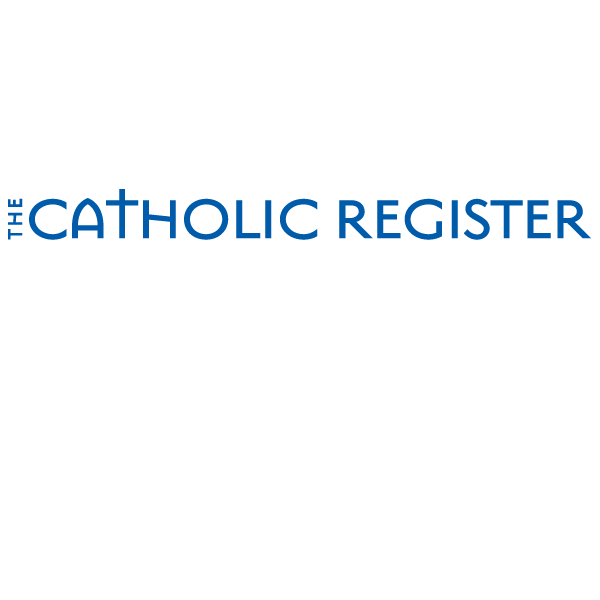